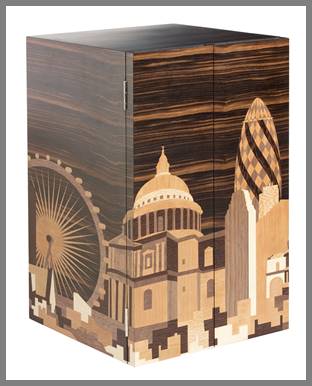 David Linley has established himself as one of the leading furniture designers of our day. His furniture is inspired by the past, re-interpreted for the 21st century. Fortunately he is not alone and the craft of the cabinet maker flourishes in this age of mediocrity. In this fully-illustrated talk, prepared in conjunction with Linley, we examine his work, his style, his inspiration and how his work relates to the history of cabinet-making in Britain. In making this lecture it is interesting to discover that many of the parameters that governed the life of say, an 18th century cabinet maker still hold good to-day. The search for patrons, the marketing of the finished article, the construction of the furniture and the financing of the business all raise their heads just as they did 250 years ago.

Rosamund Bartlett is a writer, lecturer and translator whose work as a cultural historian ranges across the arts. She completed her doctorate at Oxford and is the author of several books, including biographies of Chekhov and Tolstoy, and a study of Wagner’s influence in Russia. She is currently writing a history of the Russian avant-garde. Her new translation of Anna Karenina for Oxford World’s Classics was published to acclaim in 2014. She has written on art, music and literature for publications such as The Daily Telegraph and Apollo, and received commissions from institutions including the Royal Opera House, Tate UK, and the Salzburg Festival. Her lecturing work has taken her from the V&A and the National Theatre in London to the Art Gallery of New South Wales in Sydney, and she contributes regularly to Proms events and opera broadcasts on the BBC.