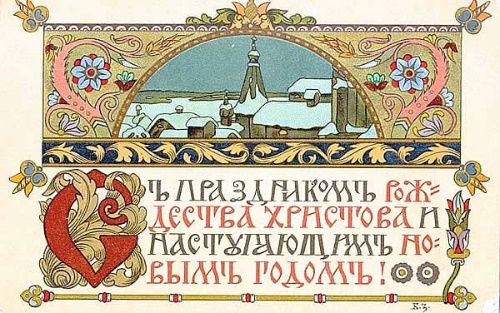 Where better to spend yuletide than in snowy Russia?

Imagine yourself wrapped in furs, speeding along in a troika, bells ringing, as you come home from church after celebrating the end of the 40 day Christmas fast.

This lecture explores the traditional religious and folk customs associated with Christmas in Russia before the Revolution, the secular celebrations introduced to Russia by Peter the Great, the drastic changes introduced in Soviet times by Stalin, and what Christmas means to Russians today.

Rosamund Bartlett is a writer, lecturer and translator whose work as a cultural historian ranges across the arts. She completed her doctorate at Oxford and is the author of several books, including biographies of Chekhov and Tolstoy, and a study of Wagner’s influence in Russia. She is currently writing a history of the Russian avant-garde. Her new translation of Anna Karenina for Oxford World’s Classics was published to acclaim in 2014. She has written on art, music and literature for publications such as The Daily Telegraph and Apollo, and received commissions from institutions including the Royal Opera House, Tate UK, and the Salzburg Festival. Her lecturing work has taken her from the V&A and the National Theatre in London to the Art Gallery of New South Wales in Sydney, and she contributes regularly to Proms events and opera broadcasts on the BBC.